World Book Day 2010, Friday, 23 April: I travelled south by bus to Beograd and then by car to Kragujevac, the 4th largest city in Srbjia. Pop. 200,000. An ex-industrial city (not post-industrial) since the NATO bombing of the Zastava automobile manufacturer (founded 1853) during the Milosovic uncivil war: 10,000 workers immediately incomeless in "the valley of hunger". Fiat is going to, or is do(ing) something automotive-related on a far smaller scale with 1,000 workers ... 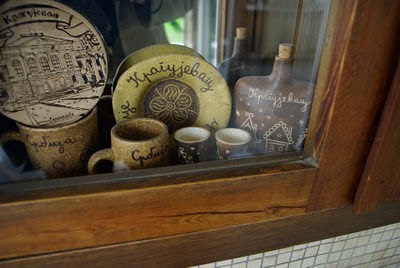 Some Kragujevac suvenirnice turisticki of a pottery sort--hot pot or mug plates, cups and brandy flasks with images of the first theatre and gramar school in Srbjia on them. Kragugevac was the first capital of liberated-from-the-Turks Srbjia in 1818. 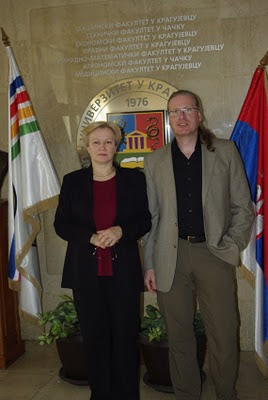 Radmila Nastic, my host, and me in front of the coat of arms of the University of Kragujevac where I gave an "Accidental Canadianist" talk. 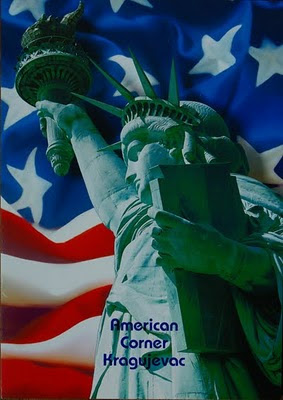 I also gave a mostly poetry reading at the Americki kutak/American Corner in Narodna biblioteka "Vuk Karadzic". Was interviewed beforehand for the local TV KANAL 9. 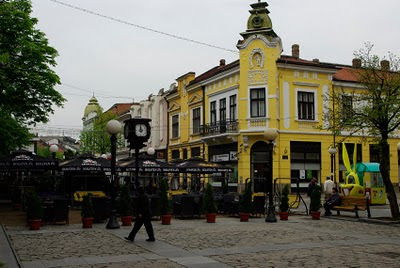 Outdoor tables at a cafe. 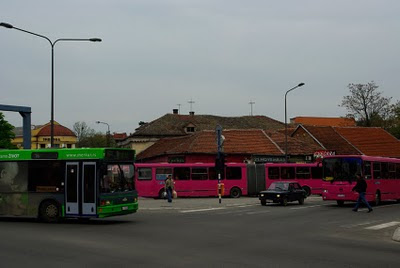 Some of the eye-catching hot pink and green transit busz. 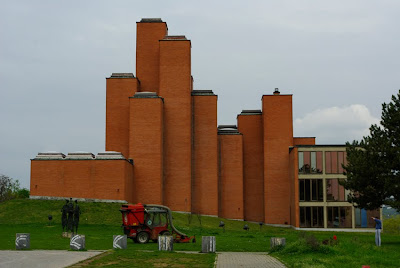 The 21 Oktobar Museum. A memorial to the over 2,700 citizens of Kragujevac---many of them workers at or because of the autoworks, and many of them Jewish---who were rounded up, imprisoned and then executed 19--21 October 1941 by the Nazi occupiers and then buried in unmarked mass graves. 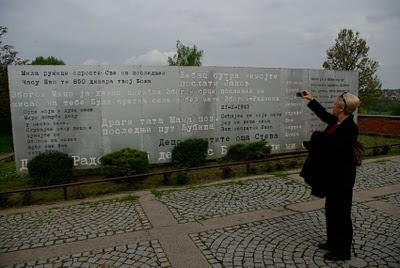 Radmila photographing a wall of messages from those imprisoned. 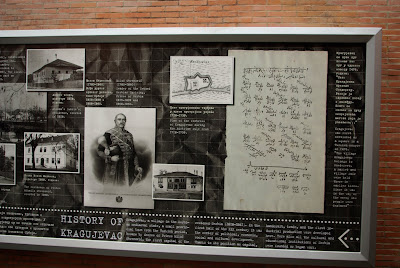 Half of a "History of Kragujevac" panel. 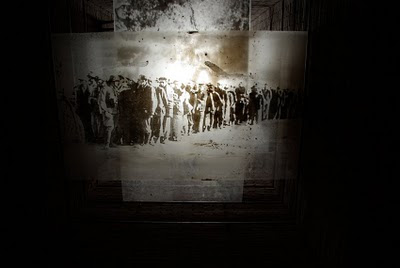 Overhead skylight transparecy image of lined-up citizens in the museum. 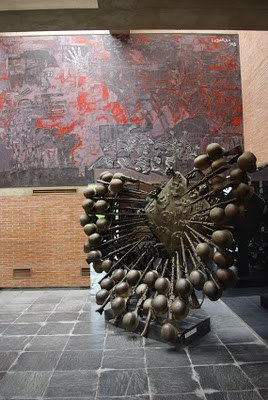 Sculpture of Nazi helmets and rifles and a representation of the citizens in front of one of the painting masterpieces by Petar Lubarda (1907--1974) from his cycle "Kragujevac in 1941".
Posted by Joe Blades at 4:50 a.m.

What a lot of history! We have no idea.