John Terpstra & Bart Nameth: "I Moved to Burlington in My Sleep"

Clive Holden: "Bus North to Thompson with Les at the Wheel"
Posted by Joe Blades at 6:00 p.m. No comments: 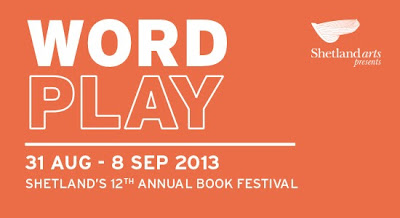 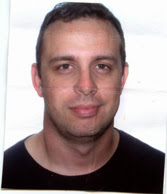 Found 12:05 pm, 3 October 2013, on the grass strip between curb and sidewalk outside the Atrium of the UNB Student Union Building at 21 Pacey Drive, Fredericton, NB.
Posted by Joe Blades at 2:24 p.m. 2 comments:

Joe Blades will be performing in Wordplay 2013, in Shetland, Scotland, giving public poetry readings and school sessions thanks to an Arts by Invitation grant received from artnb. Blades first travelled throughout Scotland in 1983. Poems written from that experience are published in several periodicals, on a hand-pulled, four-colour, limited edition lithographic art print The budget guide to getting here (Halifax, NS: private, 1987) made in collaboration with Greg MacKenzie, printmaker, while they were BFA students at the Nova Scotia College of Art and Design, and in a poetry chapbook titled Eurotrip (Kamloops, BC: Pooka Press, 1996).

Blades has previously read, given, presentations, and lead workshops in Scotland as a visiting writer of the Dumfries & Galloway Arts Association in 1996. He was at Dumfries Academy, in Dalbeattie, Edinburgh, Johnstonebridge, Paisley Central Library, and at the University of Glasgow. Poems from that experience have been published in The New Brunswick READER magazine.

In Wordplay, Joe Blades will give a reading of his poetry in an event that starts 12:30 pm, Sunday, 1 Sept, at Mareel. Discussions for school sessions and several other readings, including special guest readings, are underway. One of these is the Shetland's book launch event for From Shore to Shoormal coauthored by New Brunswick poet Donna Allard and Shetland poet Nat Hall. Join Nat Hall with musician and poet friends on 1 September 2013, Sunday, 12:30-1:30 pm, in Screen 2, Mareel, in Lerwick, Shetland, Scotland. The free event will be followed by a book signing, but seating tickets must be obtained in advance over the phone at 01595 745 555, or online at www.shetlandboxoffice.org and www.mareel.org. 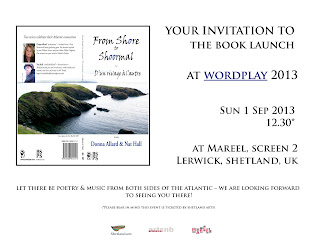 Joe Blades lives in Fredericton, New Brunswick, Canada. He is a visual artist–writer, educator, producer–host of Ashes, Paper, & Beans community radio program at CHSR 97.9 FM since 1995, founding publisher of Broken Jaw Press Inc., and a Past President of the Atlantic Publishers Marketing Association, the Canadian Poetry Association, the League of Canadian Poets, and other organizations. He is editor of ten collections, and author of seven poetry books, including Prison Songs and Storefront Poetry, and Casemate Poems (Collected), with three of his books translated and published in Serbian including his most recent tradebook, Iz knjige koja se ne zatvara. In the past 33 years, Blades has given many readings across Canada, including in the Ottawa International Writers Festival, Scream in High Park, Word on the Street (Calgary, and Halifax), Eden Mills Literary Festival, Festival littéraire international Northrop Frye International Literary Festival, and the Labrador Creative Arts Festival, as well as in Sarajevo Poetry Days in Bosnia Herzegovina, and in Hungary, Romania, Scotland, Serbia, and the USA.

Joe Blades gratefully acknowledges the support of an Arts by Invitation–Career Development grant from artsnb to enable his participation in Wordplay 2013.

Newfoundland author Janis Spence: "On the beach in spanish room"

Scottish poet Tom Pow: "The Football" and other poems

Janis Spence: "Live with the Barons"
Posted by Joe Blades at 5:57 p.m. No comments:

Hamish Macdonald: "An Ode on the Occasion of the Opening of the first Robbie Burns Summer School"
Posted by Joe Blades at 6:12 p.m. No comments:

Lovely Scottish sunshine today ;) but it's not going to stop the NB Highland Games Festival from starting this evening with a Kilted Run/Walk at 6 pm, a concert in the Ceilidh Tent starting at 7 pm, followed by a kick-Off Party also in the Ceilidh Tent.

Saturday morning, 27 July, through the closing ceremonies late Sunday afternoon, HIGHLAND RADIO takes over CHSR 97.9 FM from our tent at the Highland Games site on the 11 acre grounds of Old Government House, 51 Woodstock Road, in Fredericton, NB. We'll have Scottish and Celtic-inspired music; Scottish poetry and storytellers; interviews with music and dance performers, workshop leaders, and interesting people at the games; competition results, and much more ... 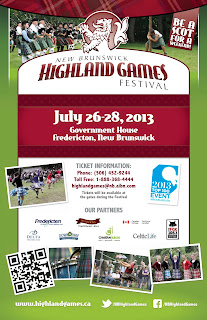 Come to the Highland Games and visit us in person. CHSR is Fredericton's campus–community radio station, your volunteer-run and operated radio station. We've been in Fredericton since 1961, and we are Fredericton's oldest FM station. Find out how you can join CHSR 97.9 FM and get your face on radio making airwaves.
Posted by Joe Blades at 12:04 p.m. No comments: 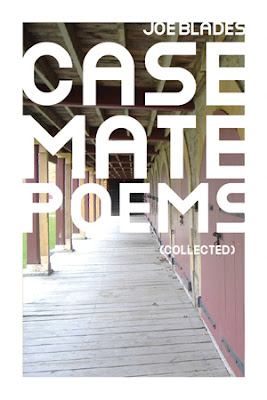 Because I was an instructor of a session in Maritime Writers' Workshop 2013 this month, the University Bookstore at UNB Fredericton currently has copies of two of my books: Casemate Poems (Collected) (Chaudiere Books), and Prison Songs and Storefront Poetry (Ekstasis Editions). Would be really nice to see them sell copies. The books will be there at least a month. The store is located at 29 Dineen Drive, Fredericton, Phone 506-451-6912, Fax 506-458-7001.
Posted by Joe Blades at 3:34 p.m. No comments:

Noam Chomsky: excerpts from Propaganda and Control of the Public Mind

We have been receiving films fast and furious over the last week or so. Just this morning, we received FOUR!

As a result, we have decided to extend our Submissions Deadline to 15 July, 2013. We hope this will allow all those who haven't had a chance, to submit your films for this year.

Submit your information online or download the form: http://labourfilms.ca/?p=3100

Don't forget to send us your DVD and stills/trailers on a separate disc.

See you in November—all across Canada!
In solidarity

CLiFF Board of Directors
Joe Blades, NB Coordinator
Posted by Joe Blades at 2:27 p.m. No comments:

Michael Lally: Where Do we Belong

Hugh Hazelton: "the gates to the city"

Leanne Averbach: "The Birds of Sarajevo" 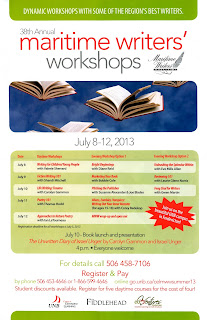 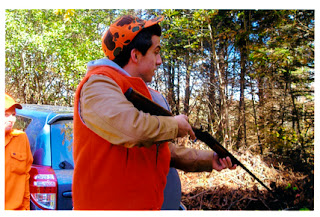 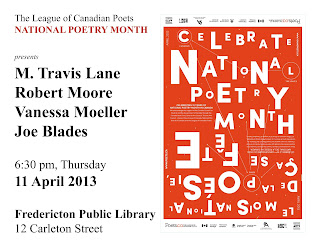 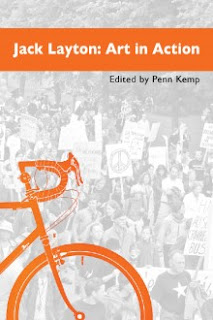 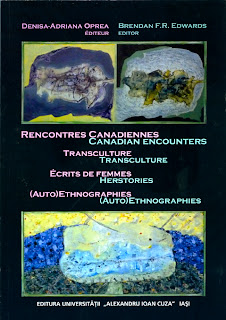 Includes a paper of mine presented at the 4th Unconventional Meeting of Young Canadians, Baia Mare, Romania, in April 2010.

Blades, J. (2012). Poetry of the Americas versus metafictional Canada: An autoethnographic reflection on a selection of my art and poems alongside agendas of re/visioning the Americas (initiated in response to a call for papers for a symposium I was not attempting to attend). In Brendan F.R. Edwards, and Denisa-Adriana Oprea (Eds.), Canadian encounters: Transculture, herstories, (auto)ethnographies / Rencontres cannadiennes : Transculture, écrits de femmes, (auto)ethnographies (pp. 197–230). Iaşi, Romania: Editura Universităţii „Alexandru Ioan Cuza”.

Joe Blades is producer–host of Ashes, Paper, & Beans (CHSR FM) at the University of New Brunswick. 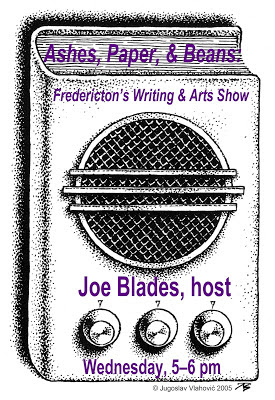 Tony Tremblay (St Thomas University): "The Geo-Politics of 'Place' in Trans-Nationalism: Responding to Those Who Would Negate Us". Recorded by Joe Blades on 27 Nov 2012 in the Atlantic Canada Studies Seminar Series, Tilley Hall 28, UNB Fredericton. 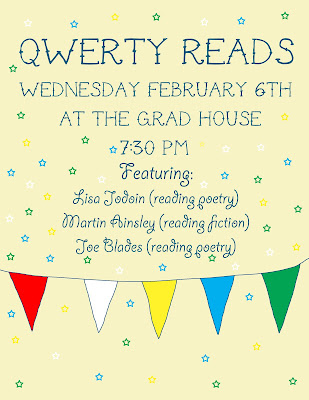 Lone Cloud: "Is that so Much?" poem by Theresa Marshall

Phlip Arima: "The Scene that Screams"
Posted by Joe Blades at 6:05 p.m. No comments: