Clive Holden: "Trains of Winnipeg"
Posted by Joe Blades at 5:59 p.m. No comments: 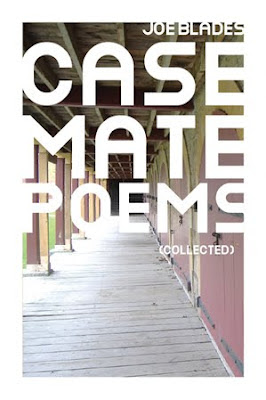 Joe Blades has been giving readings, performing and publishing his poetry since 1980. Blades was born and raised in Nova Scotia. He's a graduate of NSCAD (BFA-Studio Major, Intermedia, 1988). He completed a Film & Television Certificate Program through the NB Filmmakers' Cooperative in 2008, and currently is finishing a Master of Education at the University of New Brunswick. He is also an alumni of the Banff Centre, Maritime Writers Workshop, Sage Hill Writing Experience, and the Simon Fraser University Book Publishing Immersion Workshop.

Nicholas Lea earned his B.A. from the University of Ottawa. His poetry has appeared in such journals as dANDelion, Qwerty, The Puritan, Ottawater and ditch. His work was also been featured in the Globe and Mail's online books blog, In Other Words. He has worked on the editorial boards of Bywords Quarterly Journal and The Fiddlehead. His debut collection of poetry, Everything is Movies (2007, Chaudiere Books, Ottawa) was nominated for the Lampman-Scott Award. He most recently published the chapbook, Actual Girl(2011, The Emergency Response Unit, Toronto). He lives in Ottawa.

for more information on authors, books or event, or for review/interview requests, contact rob mclennan at rob_mclennan at hotmail.com
Posted by Joe Blades at 6:44 a.m. No comments:

Trail of Poems: The Report 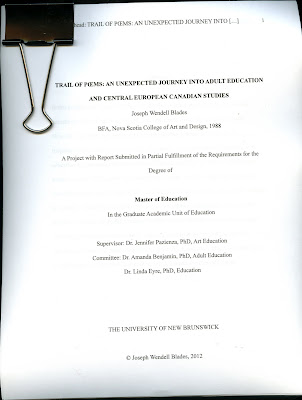 Tomorrow morning I deliver a copy of "Trail of Poems: A Journey into Adult Education and Central European Canadian Studies", my project with 225-page report submitted in partial fulfillment of the requirements for the degree of Master of Education @ University of New Brunswick–Fredericton. Defence is to happen 25 May, in Marshall d'Avray Hall ... details TBA.
Posted by Joe Blades at 4:59 p.m. No comments:

one task this week 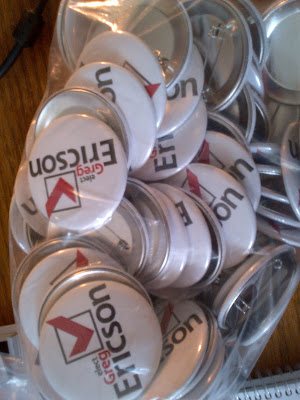 I've donated a smaller, 16" x 20", framed print of one of my photos from the Trail of Poems exhibition. 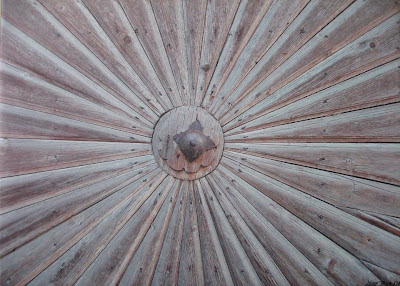 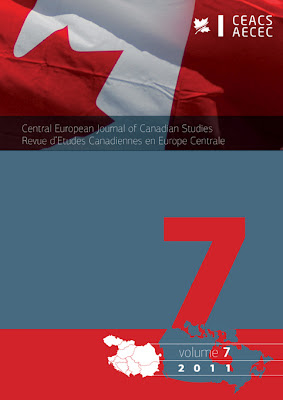 In April 2011, Jason Blake, of the English Department at the University of Ljubljana, Slovenia, and the new Editor-in-Chief of the Central European Journal of Canadian Studies interviewed me via a Skype video call for 2011's issue 7, for release late in the year.

I just got a copy in the mail, and am able to share a section of the interview. Anyone who wants the whole interview should contact: 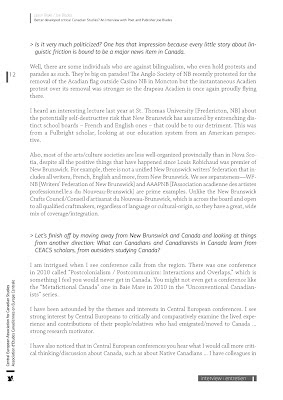 There are two articles by me in the new, finally released, Canadian Review of Literature in Performance, issue 4.
www.litlive.ca Here is a link to the Fredericton scene report focused on some of the February 2012 Hoot & Peep Mini Performance Festival:
www.litlive.ca/story/417

& an article on Poesiefestival Berlin 2011
www.litlive.ca/story/418

+
One that I'm one of many Canadian radio peeps interviewed for, “Volunteer Radio Showcases Spoken Word: ‘because freedom of speech is way too dangerous’”:
www.litlive.ca/story/423