Canadian Artists’ Representation/Le Front des artistes canadiens (CARFAC) is incorporated federally as a non-profit corporation that is the national voice of Canada’s professional visual artists. As a non-profit association and a National Art Service Organization, our mandate is to promote the visual arts in Canada, to promote a socio-economic climate that is conducive to the production of visual arts in Canada, and to conduct research and engage in public education for these purposes.

CARFAC was established by artists in 1968 and has been recognized by the Status of the Artist legislation. CARFAC is guided by an active Board, elected by the membership.

We believe that artists, like professionals in other fields, should be paid for their work and share equitably in profits from their work. As the national voice of Canada’s professional visual artists, CARFAC defends artists’ economic and legal rights and educates the public on fair dealing with artists. In doing so, CARFAC promotes a socio-economic climate conducive to the production of visual arts. CARFAC engages actively in advocacy, lobbying, research and public education on behalf of artists in Canada. 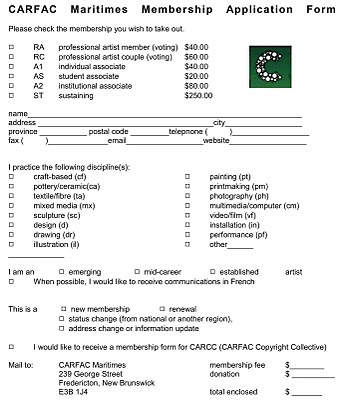 Mail your form and payment to:

Email should be sent to: carfac.maritimes@ciut.fm

We appreciate your interest in CARFAC Maritimes and look forward to your continued support.

Lord Torvald Torgarson: God Save Us from the Vikings

Swifty Lazarus: West of an Idea 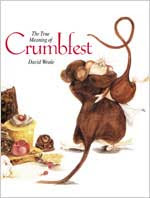 Unless I get caught in the squeeze play of a presentation and two new books’ delivery by Midland from the printer, I intend to participate in Unsilent Night’s 2009 performance parade in downtown Fredericton. I walked in last year’s performance. This year, my post-fire purchased new portable CD+cassette player is on the living room desk with the necessary C-cell batteries. 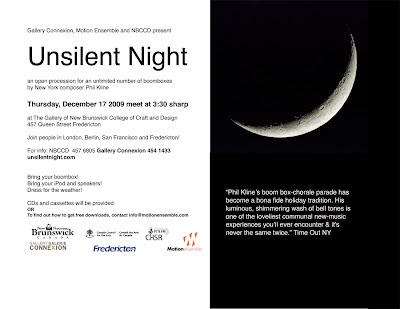 Thursday, December 17 2009 meet at 3:30 sharp
at The Gallery of New Brunswick College of Craft and Design
457 Queen Street, Fredericton

A beautiful, mobile piece of ambient public art, UNSILENT NIGHT can be compared to a holiday caroling party—except that participants don’t sing. Instead, each carries an ordinary boombox playing a separate cassette or CD that becomes part of the piece.

In effect, the individual participants become single elements in a huge, moving sound system. Performed within the confines of city streets, Unsilent Night reverberates off the cars and buildings, resulting in a magnificent, drifting cloud of shimmering, echoing sound. The 43-minute piece includes sounds of chiming bells, choral voices and various electronic effects. (Kline cites Brian Eno and Charles Ives among his influences.) Kline has performed Unsilent Night in New York City every year since 1992. In San Francisco in 2006, some 400 people took part.

Bring your boombox!
Bring batteries!
Bring your iPod and speakers!
Dress for the weather!

CDs and cassettes will be provided
OR
To find out how to get free downloads, contact info@motionensemble.com

“Phil Kline’s boom box-chorale parade has become a bona fide holiday tradition. His luminous, shimmering wash of bell tones is one of the loveliest communal new-music experiences you’ll ever hear and it's never the same twice" Time Out New York

as if i don't have more than enough else on my plate/table i've started writing a promotional Broken Jaw Press blog to chat up the publications and the activities of our authors and artists. 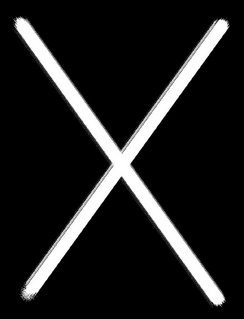