The third annual Side by Side Festival Côte à Côte is now concluded. Ended last night in Fredericton with an actors reading of La Batture by playwright Don Hannah, traduite en chiac par Sonya Malaborza, in the work-in-progress Charlotte Street Centre Theatre. Very nicely done! Was a pleasure seeing actors I knew, especially Philippe Beaulieu, perform. Throughout, we heard touches of sound from a fiddle concert that was happening on the same floor of the centre in the Violin Studio of Krista Touesnard. Now the wallpaper-peeled green lathe and plaster walls of the emerging theatre space have had the plaster touched up.

Play excerpts may appear on future episodes of my radio program. 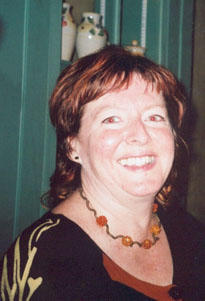 Here are a few more of my photographs of participating translators and authors.

To the right is author Sylvie Massicotte, who spent much of her time in this year's festival out giving readings for children at Centre communautaire Saint-Anne in Fredericton. 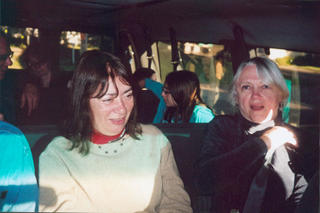 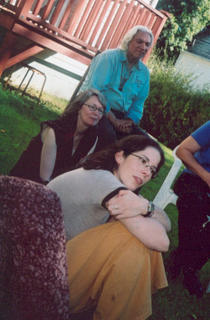 The group that Jo-Anne put together for this year's festival included at least eight people who are also magazine publishers/editors, book publishers, or who have a key/significant role in a maison (plus an ellipse guest editor).

This is proof positive of the plurality of roles that many writers and translators find necessary in this country for their artistic furtherance. Several participants are also retired or full- or part-time academics/professors. Of course, by contemporay and Canada Revenue Agency definitions all of us are also small business owners while we simultaneously assert ourselves as artists.