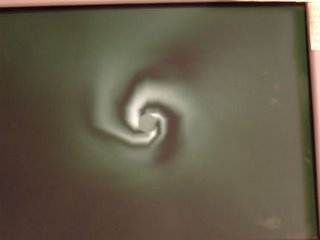 sometimes when i feel i'm nowhere, or am lost in the abstract binary universe of obsessive accounting of my life, i wonder, what's the point, really?

invited to have my brain picked to further the science of art, and efficient and effective creation of art, how could i say, no? it's not everyday one gets mistaken for an expert, or wonders if something really was experienced rather than dreamed, read in a book, seen on the television or in an internet arachnaid's web. i flew northwest to the coldest capitol and went underground in space named after the neighbouring pro. cold wind blew in the revolving and other doors, flowed across the floor past the fireplace and down a stairwell to the lower levels. 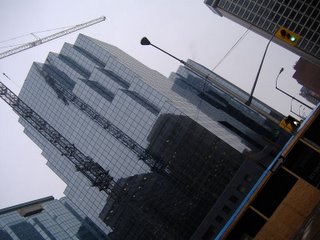 yesterday i climbed out of that hole and slide along rain-wet, ice- covered sidewalks instead of eating lunch. the thought control centre of the canada council for the arts resides in this office tower in dwntwn otterwater. i went there. needed to. have been there before. will likely have to go there again. was hand-delivering papers to keep myself and my art projects alive or at least on the playing field—not sidelined or sent to the lockerroom. sent packing is no place to find yourself. 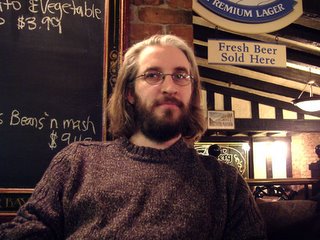 instead of the geographically impossible live radio show on tuesday night, rob mclennan (above) and me treked to a nearby elephant and castle for a meal, guiness and conversation. many hours worth of talk—both rant and planning. so much happening— both fukd and good. first time in month's, since the book fair last june, that we'd been in the same place to talk together. needed that! 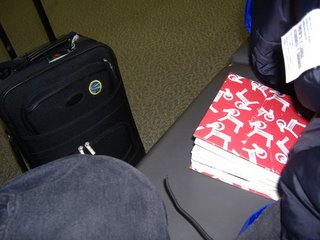 came back to fredvalley by way of maple leaf lounge comp food, whisky, guiness and red wine while flights were cancelled and mine delayed. bumpy landings in montreal and fredericton. taxi ride to town was in a instant thunder and lightning storm-shower with rain-hail-ice pellets. just lovely. can't imagine that they would have left the plane land in that. looks like i'll be going in between again in march. fine with me as long as I re-emerge whole.

Sounds like the trip was good! Welcome back and BTW how many t-shirts do you own?