The thrill is gone. The festival over (for another year). Homemade Jamz' closed the festival after performances by Molly Johnson and by Petunia & the Loons. Over 3,000 people in Officers' Square for the closing concert, and a beautiful afternoon for it. 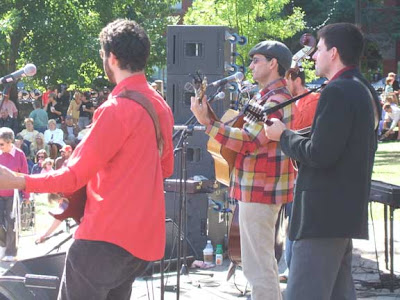 Yodelling county blues by Petunia & the Loons opened the concert. Originally from Toronto, Petunia has lived in Fredericton for several years. Monday he leaves for two years of something in Vancouver.

Next on the bill was special festival headliner Molly Johnson. I didn't see her perform as I'd crossed Queen Street for the Odd Sundays at Molly's reading featuring poet Robert Hawkes (below). 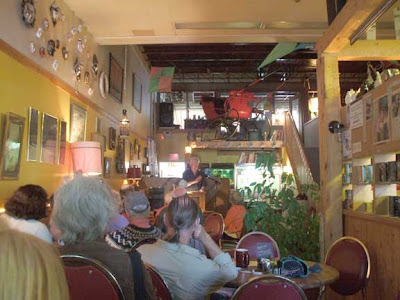 Biff Mitchell and me both read in the Open Mic. Good promo for the BlackTop MotorCycle Gang reading there on 21 October. 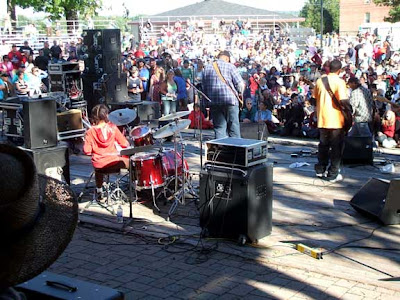 Homemade Jamz' and their audience from under the arches of the Officers' Quarters building. They father joined them on harminica for a few songs.