Going into it, I knew Saturday was going to hold a mad, full evening and night of music: 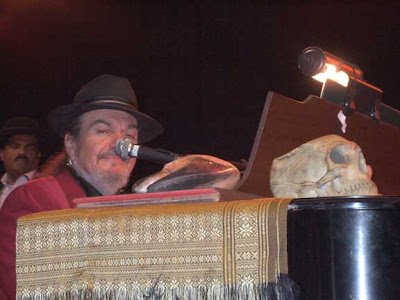 Who'd ever a thought that Dr. John would perform "Saturday Night" in Fredericton on a Saturday. 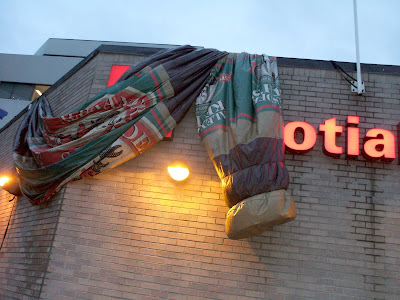 A victim of the weather, "The pride of Nova Scotia" deflated, fallen over, draped unceremoniously at King's Place. "A truly dead soldier," said one passerby while I was taking this photograph. 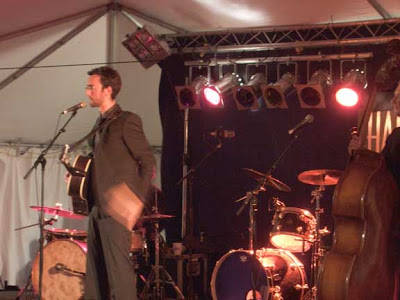 Well-loved local David Myles in the intimate Hoodoo Tent ended his set to a standing crowd—standing ovation with the song that won him the 2006 International Songwriting Competition (Folk Singer/Songwriter category). 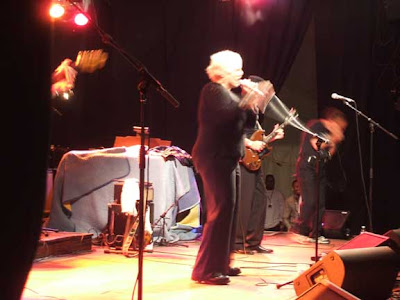 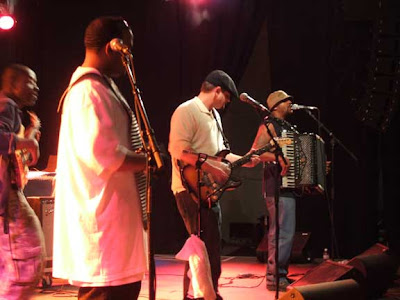 A strong performance by Lil' Brian and the Zydeco Travelers (of Barrett Station, Texas) galvanized the crowd. Zydeco funked up and reggaed. A treat was the cover medley of the Rolling Stones' "Beast of Burden" with "No Woman No Cry." 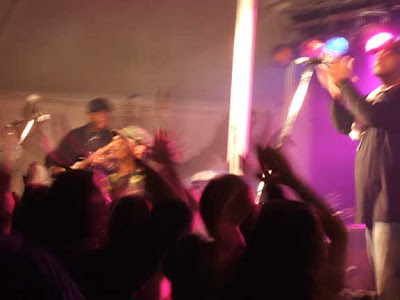 In the Barracks Tent, The Lee Boys from Miami were pumpin the music hard and the no-sittin-down crowd were pullin themselves into the air. 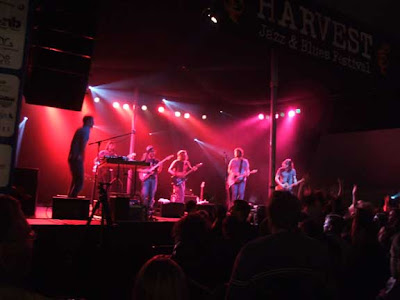 That was good because the scene at the Afterburn in the Blues Tent was even more intense with Montreal's Champion & His G-Strings: DJ mixin with four electric guitar players, a bass player and a vocalist making a most incredible room-tent-house of hard drivin live techno. Wow!