>Show didn't start as planned. Had to fill in until my guest arrived. He'd been up half a hour before the show started, then up just at 7 pm but had to run down to The Cellar again. While he was gone Tristis, the Station Manager, came into MCR with Board Member Doug Biersto and a potential new member orientation tour. 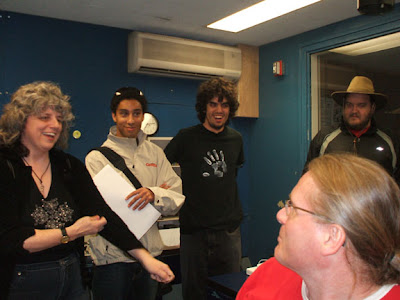 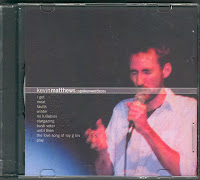 After reading a page of my BJP events calendar on upcoming Fredericton readings, I played a number of cuts off Kevin Matthews' Spoken Word 2005:
meat / faults / winter / no lullabies / stargazing / bush voter / until then. 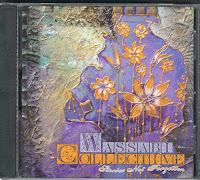 Before the interview in the second half of the show with Gisto, the guitar player in Wassabi Collective, I played their song "Dune". During the interview I played "Almighty." Both from the Stories Not Forgotten CD. 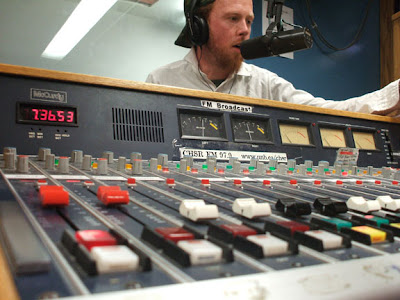 Show ended with Brigit Harrison reading a prose piece in French at Frye Jam and "Shooting at a Liquor Store" by Tod Gaines.