Folks on the Water

Day two @ the new job and there's a Staff Appreciation afternoon, so I curtail the paperwork acquisition, its completion, and supply quests: 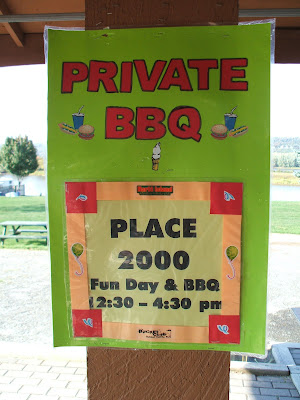 I biked out to Hartt Island—good PT for the day, even if I did nothing else. Corn boil and chili, juice, salad, rolls, sandwiches, apples, and water. Mine was the only camera I saw. Know that Marc André realized that he'd forgotten his, when he saw mine in hand—so I might be supplying him with some pics. 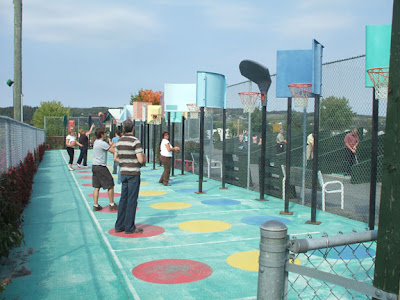 I haven't tried to sink a basket in years and I didn't try today. 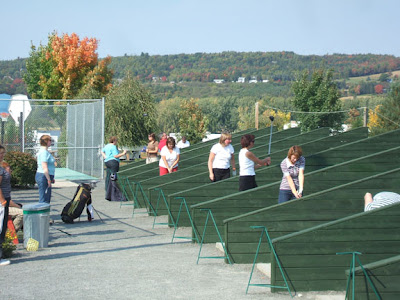 Avoided the driving range too. It's been thirty years since I last swung a golf club. That time was on a poor course on PEI during the scout jamboree in Cabot Park. 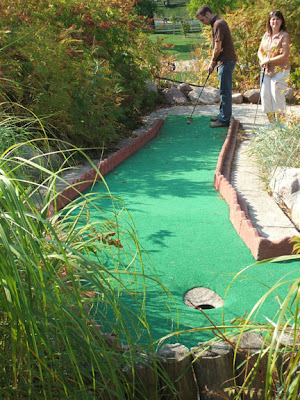 Mini golf too. Marc André Chamberlain, of HD in Ed and on the organizing Wellness Committee, about to putt. 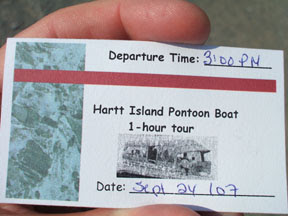 I got a ticket for a boat ride on the river. 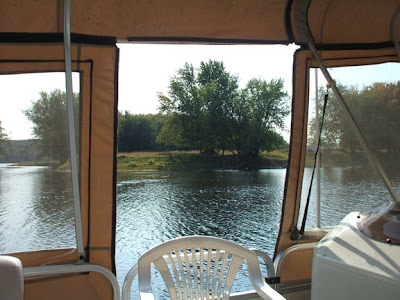 Twelve of us out on the Saint John River in a pontoon boat with outboard motor. We wound our way between and around several of the grass and tree-covered islands, sandbars, deadheads, remnants of log-booms. Saw osprey and herons, cows and sheep on several islands. Cormorants on the water. We went downriver almost are far as the Delta Hotel before turning and heading back. Was a great first time out on that part of the river, and my first time anywhere really on the river in several years. 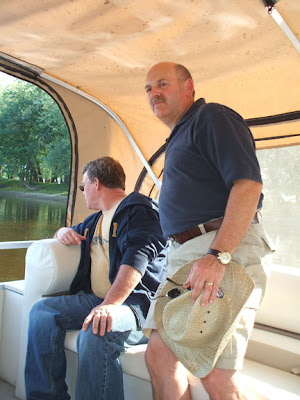 Desmond contemplating jumping ship and becoming an island castaway. Only 1' 9" of water and the pontoon boat was drawing 1' 4". This was no banana-boat ride with its inevitable rotation and dunking of passengers in the river. 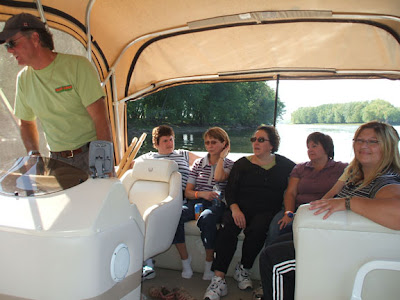 Some of the ladies of Dept of Education at the back of the boat. They were whooping and singing and the cap'n, here eyeballing the shallow waters, was continuously joking with them.