Today has been an unexpectedly Serbian day. Tomorrow is different but today, 14 months since I was last there, was Serbian from before I reached the bathroom.

The telephone rang: "You have a phone call from Serbia," a man's voice said, then Jelena was on the line. She'd been sent home by her, or the JTI, doctor because she has a "virus". First time I've heard her voice since mid November 2006 when I departed the Senta bus station for Novi Sad and the shuttle to the airport in Budapest. 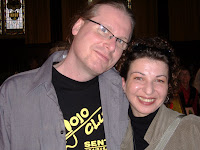 A most unexpected call after no letters and rare email. Photo here is from her "publisher's representative" Dec 2005 trip to Fredericton. Turns out there's no internet at home in the temporary apartment between the house sold (part of the one-time servant's quarters where her grandparents had lived in that Austro-Hungarian house/compound) and the house bought last year (still under renovations). At her workplace, her email is monitored and often blocked from outsiders (like me). Leaves, for now, phone and transatlantic phone is pricy. House reno expensive too. Her per parents won't move there from Novi Beograd, so it'll be just her and Lara (much taller, now) bouncing around in "enough space to play football," as Jelena put it. Says work is still too much . . . the Japanese bosses crazier than that American company she left. Said she'd checked the Belgrade Book Fair 2007 information and didn't find me. I was't there, and don't know when I might next get to Srbija. Have to see what happens in my life . . .

At the post office, my "A" or "E" card was for a package from Serbia . . . a book not even in an envelope, simply wrapped with a " . . . TOGETHER Beginner - Elementary Level January 1999" activity calendar sheet/page pub'd by Addison Wesley Longman. 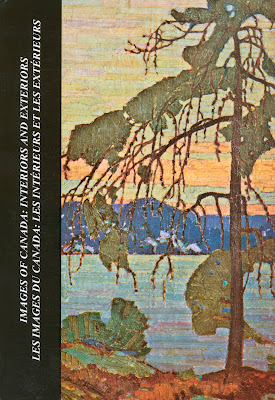 Alongside several other Canadian writers in attendance, I presented a more personal than academic paper, “In the Shadow of Poets’ Corner”, that is published in the Images of Canada: Interiors and Exteriors conference anthology. 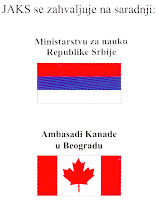 What next? I don't have a clue. With a lottery win, I'd hazard a wild guess, but bankrupt Joe isn't paying dream tax [isn't buying tickets] these days. Somehow have to live and love. Do my best, rather than just get by. With a new poetry book on the horizon, I can send that to my Serbian publishers to see if they might be interested in translating and publishing it there. Plus there's the other stuff I've been writing. If I can find it an English-language home then I know who I'd want to approach in Serbia to publish there. Maybe even get to the next YACS /JAKS conference in 2009 . . ?

you gotta be kiddin' right?