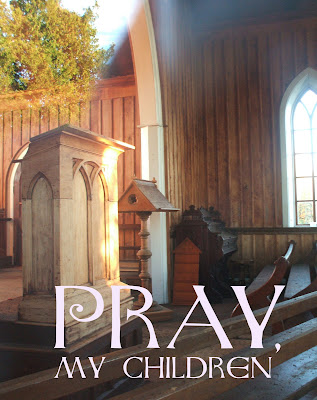 Preproduction poster, using a location scout photo of mine from last autumn, for a short film to be shot near Grand Lake next weekend. From scouting I was moved into becoming Associate Producer. So many details to be collected and threads to be tied off. It's been a steep learning curve for most all of us. Steeper for some depending on what filmmaking experience they already have and what training or transferable skills they have in their kit.

1935 Pusan, Korea: 26 years into the Japanese occupation. In a small village, Min, a young Korean man, is confronted by Japanese soldiers who have occupied his village and country. Story opens with a scene of him covered in blood inside a small church. We are introduced to Sunja, a young village girl. Sunja is bodily forced to bow before an image of the Japanese emperor. All the villagers risk being executed. In the face of oppression, Min looks to the role model of his friend and finds strength in prayer. Pray, My Children is one part of a larger story that follows the trials and fate of Min and young Sunja.

“Pray, My Children is a story about faith and the resilience of people in the face of oppression. The setting for the story is 1935, Korea. It is a story of faith inspired by the experiences of one of the founders of a most respectful Christian university in Pusan. They survived through that time, challenging and questioning their faith, and ultimately founded the university. The story is also about the freedom to believe in anything.”
—Gyu Kang, writer–director 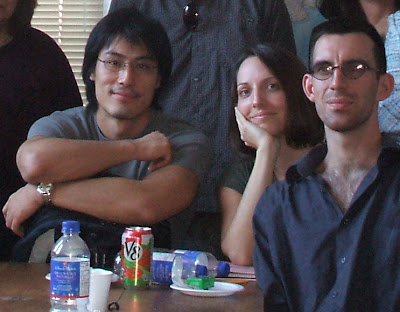 
Writer–Director Gyu Kang is a film student at the University of New Brunswick and he is also in the New Brunswick Film & Television Certificate program.

Associate Producer Joe Blades is an artist-writer who has authored five books, edited another ten, and has been involved in film and video production since 1986.