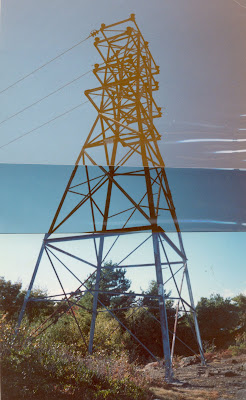 A found public art sculpture in Halifax, NS, consisting of three electrical transmission towers and connecting wires no longer on the grid. Located above the Armdale Rotary near the start of the St. Margaret's Bay Road. Claimed, labeled, and documented by Critical Mass in 1999.

Critical Mass was a collaborative art due consisting of Andrew (A.J.) Perry and Joe Blades, in some circles better known for the small installation piece "Alta Baggage" and/or their performances at the BS Hotel, and in-and-around Banff, Alta. in the early '80s, and in Halifax including at the Seahorse in the mid to late '80s. 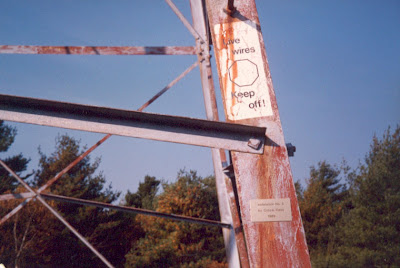 A close-up "detail" photograph showing an installed plaque on one of the transmission towers. 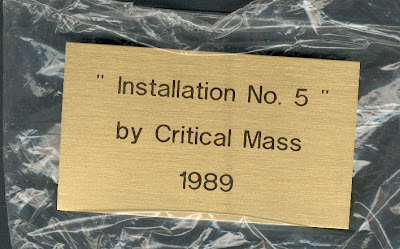 Scan of a (spare plaque) found with the photo documentation unearthed for an artist-received inquiry into public art pieces. The query from a sutudent assistant to a not-named professor somewhere . . .