Poverty in Canada: a opportunity for artists & writers to speak up

Here's a blurb and link, slightly rewritten and added to by me, that was sent via a member's posting to a writer's group listserv. They had received the quoted blub and link from the Make Povery History campaign:

With so many Canadian writers and artists living in poverty, you might be interested in taking a few minutes to complete an on-line survey about poverty and how to reduce it in Canada. The last question in the survey invites respondents to suggest other ideas for fighting poverty—an opportunity to highlight specific issues for writers and artists, such as making EI benefits accessible to artists; eliminating income tax on royalties (as Quebec has already done); or creating annual artist incomes (as some European countries have done); or . . .

"The National Council of Welfare, an independent body established to advise the government on social development, has recently launched a web-based survey to seek input from Canadians on developing a poverty reduction strategy for Canada. They want to hear from individuals and organizations about why you think there is so much poverty in Canada and what you think we can do about it." 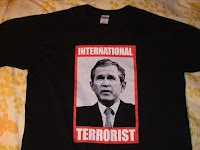 The questionnaire just closed yesterday (it had been up on the web for many weeks before Make Poverty History publicized it). I know the link still works, but I'm not sure if results submitted now will still count. However, the folks who did this questionnaire, the National Council of Welfare (with whom I'm currently working on this), are still accepting comments that they can use for their report to government. Artists and others are encouraged to share their thoughts at ncwATmagiDOTcom. Speak up!