Since I returned to Canada earlier than planned I, unexpectedly, have been able to see the Bearing Witness exhibition in the galleries of the UNB Art Centre (9 Bailey Dr, Fredericton, NB). The exhibit is up until next Monday, 18 December 2006. I had not seen any pictures of the collective exhibit while in Serbia and Bosnia so I didn't know exactly what to expect. I was fuzzy on discussion details from that last group meeting attended back in August and discussed work-in-progress doesn't always result in exactly the same thing as finished artworks. We filled both galleries: four artist in the East Gallery; three in the West Gallery. 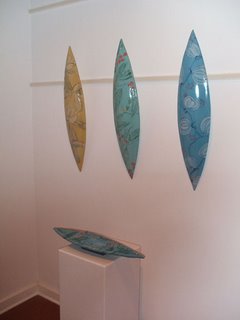 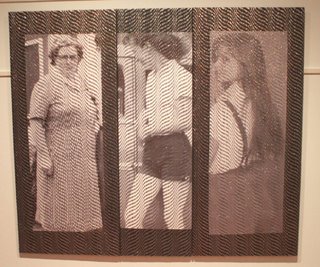 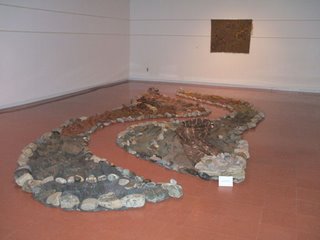 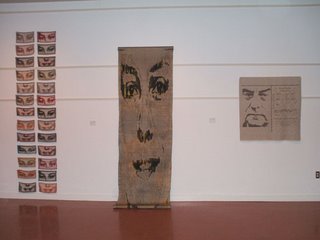 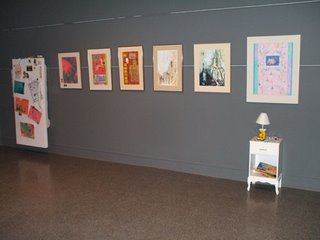 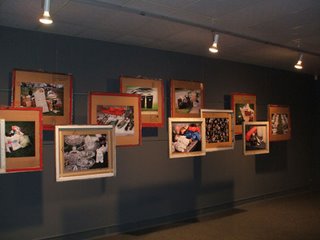 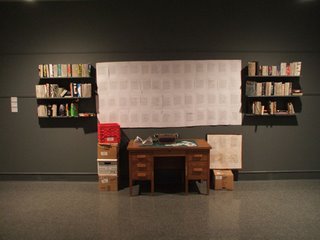