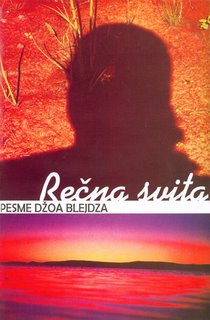 The Serbian edition of River Suite has been beautifully done. The cover matches the orginal Insomniac Press edition even to the title font. I was surprised, pleasantly surprised. This is a tipped-in cover page.

The book is one of three translated and published in their entirety, with an introductory essay by Vesna Lopicic, in a volume, an anthology, titled Slike iz kanade: Tri kananadska pesnika (Images of Canada: Three Canadian Poets). 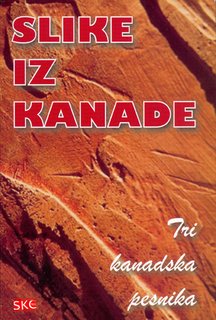 The publisher is Studentski kulturni centar Nis at the University of Nis in southwestern Serbia.

The other poetry books translated in the collection are Ghostface by Fraser Sutherland (of Nova Scotia, living in Toronto) and Scorched Earth by Nancy Burke (Director of the Canada Centre at the University of Warsaw).
Posted by Joe Blades at 5:51 a.m.