to see wildlife while biking around fredericton is normal for me: deer, groundhogs, chipmunks, osprey, kingfishers, snakes, muskrats, turtles, eagles, chickadees, crows and more crows, frogs . . . here's a few pics from the past week: 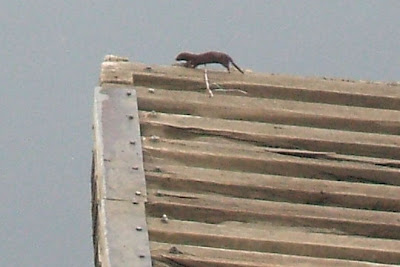 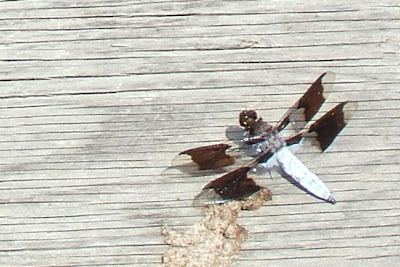 a most unusual dragonfly i've found only in lincoln. the white body reminds me of a moth 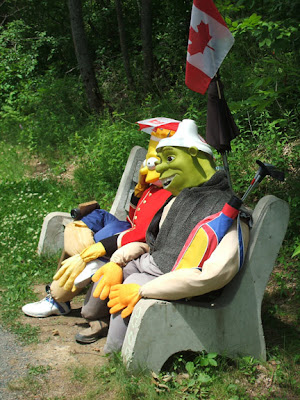 someone messin' with us: bart and shrek take a break 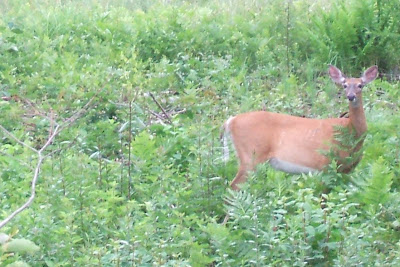 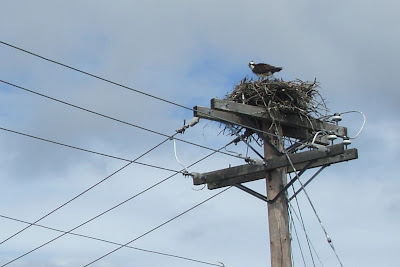 one of several osprey on nests that i cycle past. this one had at least one down-covered chick when i went by on saturday