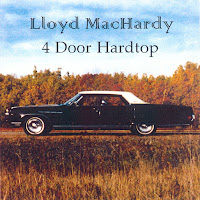 Got a phone call yesterday afternoon: Lloyd MacHardy, of Merigomish, Nova Scotia, calling from a friend's place near the Mactaquac dam.

We've known each other from those days back in Halifax when the BS Poetry Society sometimes joined up with the Halifax Folk Club. We'd talked on the phone occasionally since I moved from Halifax in 1990 and, a few years back, Lloyd left copies of his CDs for me at CHSR, but this was the first time since the late '80s that we've met up. We went to the patio of the Rogue for convo, scallop fettuccine and drink—Picaroon's Best Bitter for me. 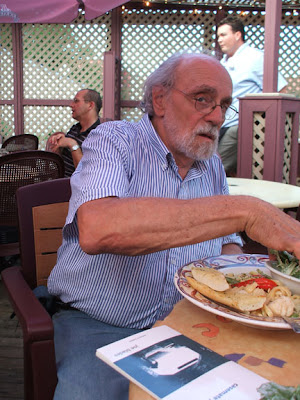 Things picking up for him, he's been doing a mess of small gigs, mostly around Nova Scotia, selling CDs outta his car or van. Recently he joined the Songwriters Association of Canada and signed up for several songwriters workshops in Ottawa and through Humber College, Toronto. That's where he was on the road home from yesterday. Spontaneous shows or campfire singalongs. Meeting other songwriters and musicians seems to be good for him. New friends in Ottawa, Gatineau, on the East Coast, Toronto and elsewhere. Future show potentials. Other people interested in recording his songs. More song lyric ideas and improved music scoring . . . All good stuff to have happen!