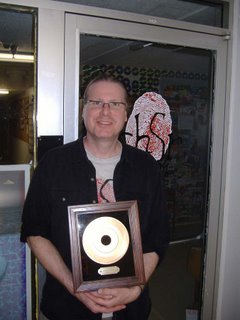 Tonight I laughed with John Stiles, loved the serious Rexroth poem, and Barry Award was such a surprise—Tristis, the Station Manager came in when I was about to go on air. Gave me the Barry Award pictured below:

I had asked the Program Manager to give the jury the CD of a submitted show sometime way back when—the episode with the Lynn Davies live & Beth Powning recorded interviews.

The Barry Awards presentation was last month on 18 Feb & I didn't get to it. That was the weekend of the frigid Arctic air blob overhead and in town with extreme winds and windchill and I was wearing fleece-lined pants+ longjohns and everything else.

Never heard a thing about any of the winners (and I'd been to the station during office hours last week).

It's my third Barry Award in the 11 years of doing this show. Had received a Barry Award for Best Spoken Word Show before (1996) and an even more surprising Favourite Interviewer of 1999-2000. 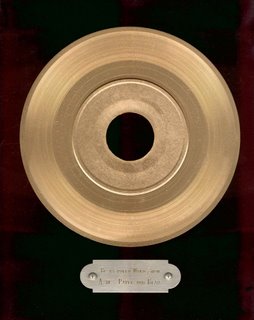 Congratulations! Thanks for your insights into the experience of performance.

Congratulations on your success! Btw, really liked that short story 'Close your eyes'.

Well! Congrads Joe! It is always nice to be appreciated!