Holidays in a [new] box

Back from my parents' new-to-them house in West Chezzetcook, Nova Scotia. The village one of the old Acadien communities on the Eastern Shore. The Catholic church built with clay bricks made there in the community when the several brickworks still operated. There's still a Brick Point jutting out into the inlet. 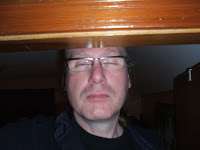 When the orginal house was build is a good question. Certainly, it was in the time of hand-hewn beams and square nails obvious when in the basement. One this that is known is that the people living there were short. Far shorter than me or my parents. the upstairs room have cut-short doors and a framed shorter than necessary [but fixable, replacable]. It's worse than a case of possibly bumping my head if I didn't duck. 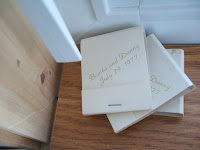 More recently, 29 July 1977 Bonita and Damnny tied the knot. One of them possibly a former resident in the house. Bonita might have been one of the daughters of the long-time resident family. Were are they now? Did they have kids (and grandkids)? Are they still married? 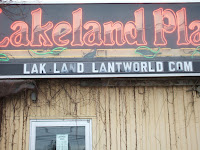 Totally unlelated to the house is this photo of a business' signs on Main Street, in Westphal, near the original Chris Brothers store and smokehouse. It's not a case of letters having fallen off the signand not being replaced. There's no spaces left for them.