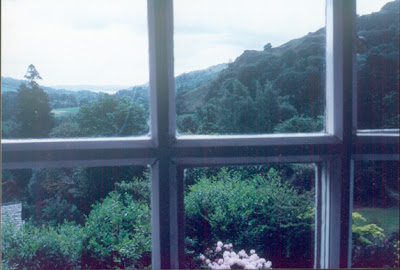 inside his windowed attic
study: bookcases desk and
chair papers scattered
as if he's just stepped out
to walk to jenkin's crag or
into ambleside 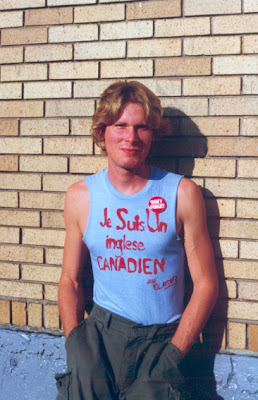 Seriously blonde hair and tan, and a hand-painted shirt I made at a youth hostel in Belgium in August before I crossed the Channel and went north to Scotland, this is me, September 1983, back in Dartmouth, after four months travelling around Western Europe, England, Wales & Scotland. Photo was taken by my mother against the house wall.

Saw your post today over at the Brim. Very cool man. Very cool.