How you say it

On Tuesday, I was at my grandmother's in Cole Harbour. For some not-reason she had a rock'n'roll station on the radio. I was surprised. Maybe the liveliness of the beats register if the words don't. Who knows?

Anyway . . . After some ads, the announcer FM- DJ- radio personnality, whatever, came on and announced that the next song would be "Rock the Cash-Bar" by The Clash. Said it twice. No attempt at a correct pronunciation of Casbah or Kasbah.

Earlier the same day or the day before CBC One was broadcasting some concert from England and the British radio commentator introducing it said they'd be performing several "Bar-Rock" pieces when in reality they were baroque compositions.

It's all in how you say it. Same with visitors, non-locals or come-from-aways that say "anTIGoNish" for Antigonish (the opposite of it might be the nonexistent town of "Progonish") or "Agri-Cola" for Agricola Street in Halifax.

I'm no perfectionist in this area: I grew up saying "fillum" for film (and my mother still says "fillum"), Chicargo and Newb Brunswick amongst other mispronunciations. 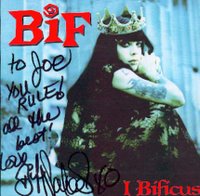 the best i've heard had to be -- "wriggling with magnets" referring to a maggot-infested garbage bin.

Happens to the best of us. Just yesterday I received an email card from one of my publishers. A visual with imbedded text wishing "Marry Christmas & Happy New Year". They didn't know.