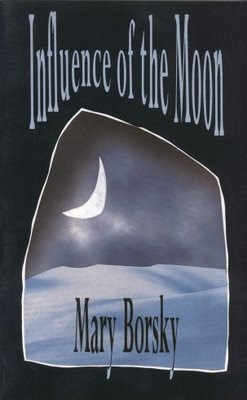 Feature in the first half: Ottawa writer Mary Borsky reading a short story from her book Influence of the Moon. In `Map of the Known World,' 16-year-old Irene's growing independence asserts itself most forcefully when she refuses to agree to an arranged marriage with an older Ukrainian man, jumping off the school roof to make her point.