on the Atlantic View Trail 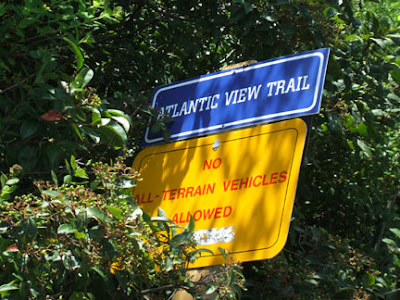 Finally . . . I've gotten to bike on the local ex-railbed trail on the Eastern Shore. I've biked in one direction (west) to Lower Three Fathom Harbour, Rocky Run and Lawrencetown Beach Provincial Park [a fast 25-minute ride, and much longer if one is leisurely and stops to enjoy the sights]; and in the other (east) to Seaforth Beach, Gaetz Lake and up the Blueberry Trail to the park where Bellefontaine Road out of West Chezzetcook crosses it and is about to cross the narrows to West Porters Lake. 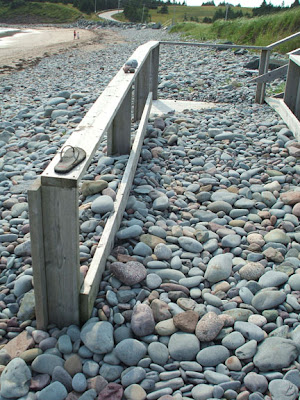 Truly are some great Atlantic views along this trail as one passes barachois ponds, lakes, beaches, headlands, and crosses railway bridges. I could easily bike to Porters Lake and the shopping complex with StupidStore, juice store and more. Don't know where the trail resumes to the east past the DOT depot but someday I will check it out. Think that I can most easily bike from the new place in West Chezzetcook via Hwy 207 & Petain Road to the trail. Still climbs 125 feet or so from sea level but doesn't climb as steeply as Bellefontaine Road. 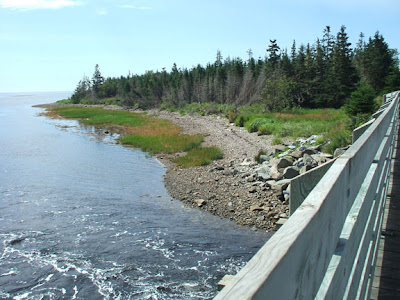 Mike's rust-spotted mountain bike, with is low clearance&@151;only 5 cm between petal and the ground—offers a better ride than the ruskie bike I used in Senta last year around town and outside along the Reka Tisa. Any bike is better than none bur a little love and sharing might be better still.

Last time I really traveled any section of this trail was two score years ago on a Scotian Model Railroad Society special centennial year passenger train excursion out of Dartmouth along the otherwise no-longer used tracks along the Eastern Shore and across to Pictou on the Northumberland Strait. 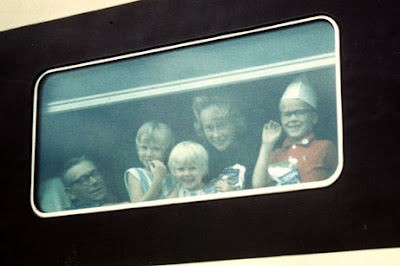 Two photos from that 1967 trip. Both likely taken by my father. 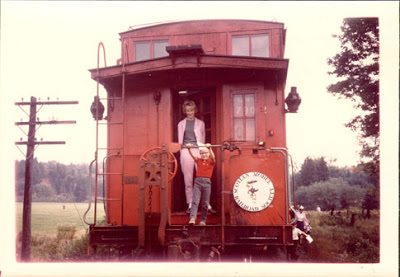