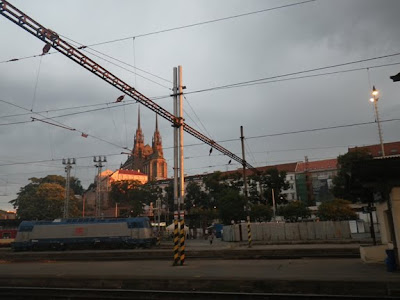 Cathedral of St Peter and Paul atop Petrov hill, Brno, as seen from the train station platform. Milan Kundera, the novelist, from Brno. 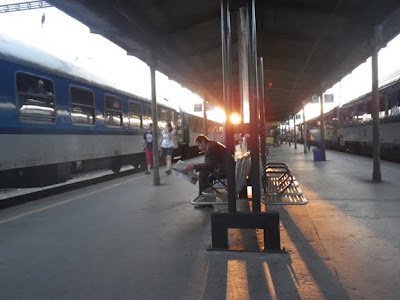 Sunrise at the Brno train station. My train on the track at the right. It was supposed to depart at 5:35 AM from the track on the left but there was some confusion …

Later, in Praha/Prague, I learned from two travelling Finns that there had been a Czech Transport train workers strike the day before. No trains moved in the country and all international trains stopped at Czech border. Explained why there wasn't a dining car and why the numbered car with my reserved seat was not in the train. What luck! 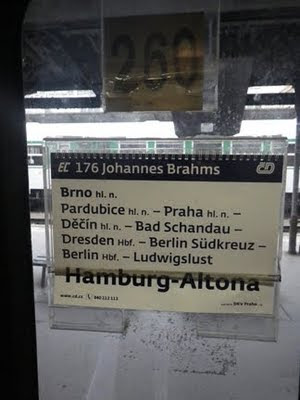 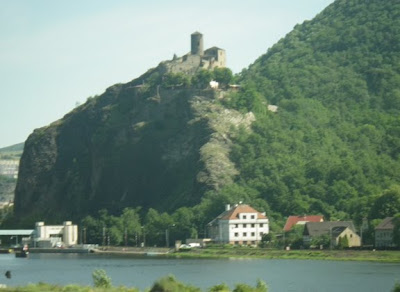 One of the Castles overlooking the River Elba/Labe 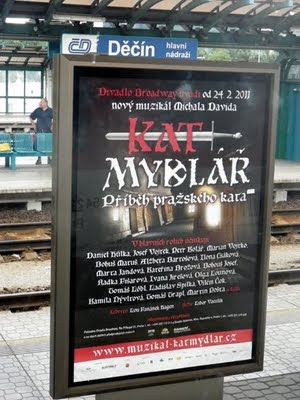 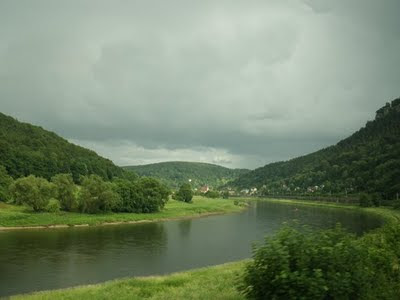 Views of the valley of the River Elba/Labe. Bicycle trails on both sides of the river. Many little passenger ferry boats. Towns, if towns they be, with gasthaus and spas line the incredibly beautiful river. 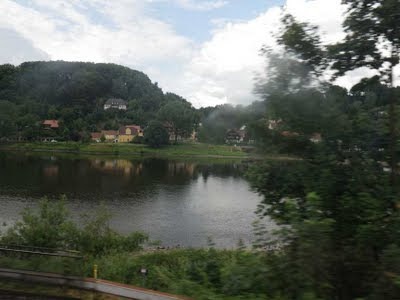 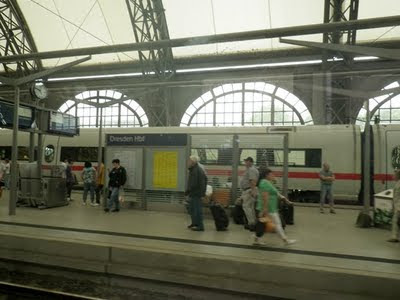 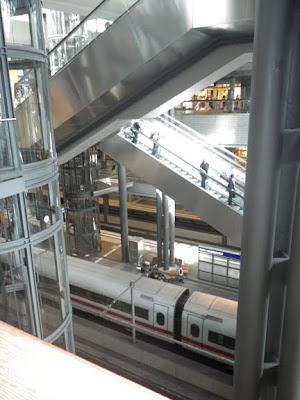