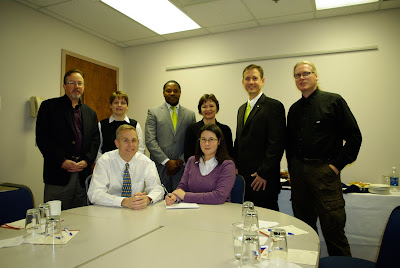 I was there to photograph the signing for the union, the UGSW, because I figured (rightly so, it turned out) UNB would not have a photographer there to document the historic occasion: the signing of the first Collective Agreement between the Union of Graduate Student Workers at the University of New Brunswick (UGSW)–Public Service Alliance of Canada/Alliance de la Fonction publique du Canada Local 60550 and the employer.