from Birth of a Nicola 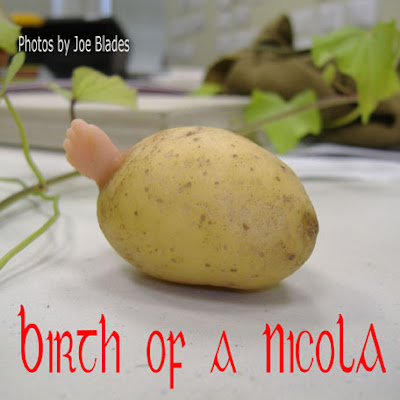 This past Saturday night, on the last day of autumn 2008, we finished filming for Birth of a Nicola, a project of F. Chris Giles. 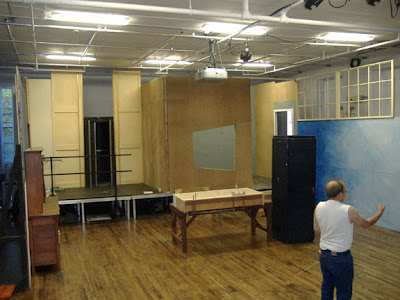 Back in August we built a 12+ foot high, 21 x 24 foot square film set on the floor of the auditorium of the Charlotte Street Arts Centre. We borrowed stuff—flats, furniture, fake library, a door—from Theatre New Brunswick then added stage risers, steps, ex-Radient Darkroom's revolving door, and more walls build mainly with materials recovered from the restaurant set of the Diplomatic Relations film from earlier this year. Jim Lavoie in the foreground. 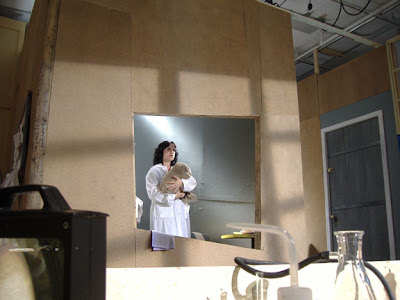 Scientia (played by BronweN) with potato baby in the kitchen of the set, as seen from the labratory through the window opening. 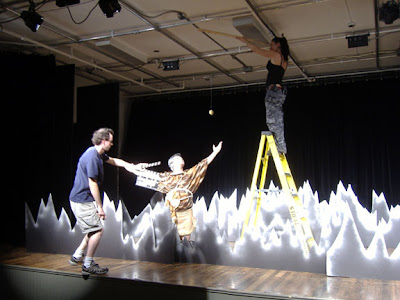 Chief Qzuiliv (played by Dennis Poirier) of the Quecheua peoples high in the mountails of Altiplanu praying and accepting the first potato, come from another dimension, in the starry night. Allan Galloway with the slate; Jessica Holt up on the stepladder. 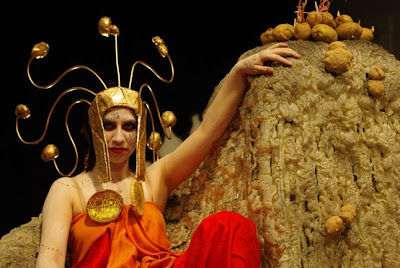 The Potato Goddess (also played by BronweN) on her thone in the underworld. 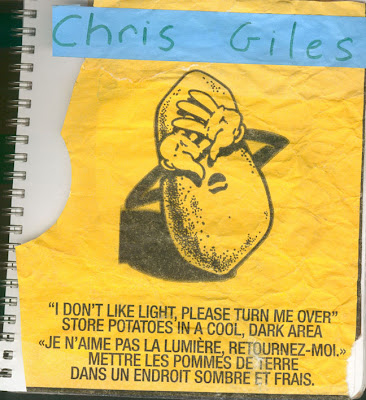 At the Silver Wave Film Festival 2007, Chris Giles was presented with a New Brunswick Joy Award for this project. He is the writer–director–producer.
Posted by Joe Blades at 11:13 a.m.