Thanks to Jim Lavoie contacting me yesterday morning, last night's Ashes, Paper & Beans changed from a program of recordings to mainly being a live interview episode with Fredericton native, actor Lita Llewellyn.

For a laugh, the show started with Monty Python's skit "Wide World of Novel Writing". 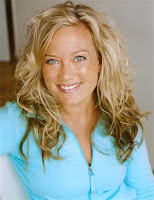 Recently a lead in one of the three stories in the Diplomatic Relations film shot here in Fredericton, Lita Llewellyn was also a principal in the just released Snow Angels Canadian feature [not yet on screens in New Brunswick . . . petition Empire Theatres to bring it here] directed by David Gordon Green and staring Sam Rockwell, Kate Beckinsale, Nicky Katt and Michael Angarano. See the recent issue of the New York movie magazine Big and and a forthcoming issue of [here]. 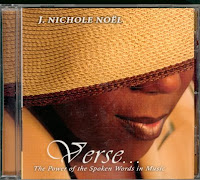 I then played a feature of six pieces by J. Nichole Noël off her 2005 CD Verse . . . The Power of the Spoken Words in Music: "The Gift", "The Essence of Sweet Music", "Adultery of the Mind", "Parent and Child—A Love Unlike Any Other", "Let Not Our Voices Go Unheard", and "Silent is the Bird Without a Song".