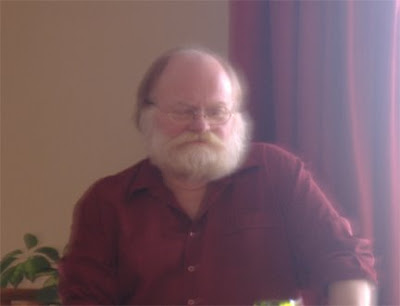 as part of this year's Side by Side Festival Côte à Côte, a live interview with Governor General's Literary Award-winning Cape Breton poet Don Domanski including him reading "Drowning Water".

Second half of the show was "ww3: war on the worms" & "memo from the gods" by R C Weslowski; "Freya's Wedding" by Lord Torvaldr Torgardson ; "Sin City" by Sheri-D Wilson; "Sea Creatures" by Sharon Singer & Bob Mover; "Don't Shoot Till You See The Whites Of Their Eyes" by Jean Smith.
Posted by Joe Blades at 9:44 p.m.